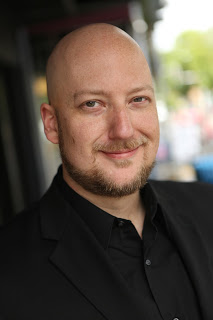 One of my favorite pieces from our upcoming Summer 2016 concert (“I Believe in the Sun”) is the very famous, “Alleluia” by Randall Thompson. Alleluia is normally an exclamation of elation and praise. Take as an example, Handel’s “Halleluiah Chorus” from his oratorio, Messiah. One is hard pressed to find a more triumphant and exciting setting of the text. But Thompson did something different with his Alleluias.

At first, you might not notice that Thompson’s “Allelulia” is not that much different from all the other elated liturgical fanfares. It’s written in D Major which is a generally cheerful chord. To understand what makes this piece unique, it helps to look more closely at the circumstances of its commission and the historical period in which it was written.

“Allelulia” was composed in just five days from July 1st through July 5th in the summer of 1940—during the Second World War. It was commissioned by Serge Koussevitzky for the Berkshire Music Center (now the Tanglewood Music Center—a prestigious musical festival in Massachusetts which includes concerts, master classes, and musical education). Koussevitzky had wanted a triumphant fanfare for the opening of the program however, Thompson felt that with the recent fall of France to German forces, such a work would be inappropriate. So, he surprised Berkshire with a quiet and introspective piece. The song resonated strongly with his audience and audiences ever since. It is one of the most famous and most often performed choral works and is still to this day performed every year at the opening of the Tanglewood Music Festival. Below, it is performed as a SATB arrangement by Octarium.

Thompson, himself, said of the work, “It is a slow, sad piece, comparable to the book of Job, where it is written, ‘The Lord gave and the Lord has taken away. Blessed be the name of the Lord.’” In fact, the “Alleluia” has always reminded me of Barber’s “Adagio for Strings” (sometimes known as the most sorrowful song in the world) and upon learning that Alleluia was a sad piece, those comparisons became even stronger. In particular, they both build very slowly but continuously from a soft gentle beginning to a dramatic and intense climax point and then gently return to tranquility at the end. I think to me, the point where “Alleluia” is both the saddest and most optimistic is about two thirds into the work when the tempo starts to radically increase. It feels like a conscious, almost desperate choice to reach for hope and optimism which finally relaxes back to the original tempo, ending with a peaceful ‘amen’.

When I decided to do the Stabat Mater, an intensely dark and mournful work, I realized that there would need to be hope on the other end. The Thompson “Alleluia” fits into the program as a bit of a bridge between the dark and the light. While it is sad and sorrowful, Thompson’s decision to put it into D major rather than minor keeps it from being too bleak along with the underlying themes of hopefulness throughout the climax and the quiet acceptance of the final ‘amen’.

Another interesting component of the piece are the lyrics. Thompson chose to use the same word over and over again in order to emphasize the emotional content of the composition. By repeating ‘alleluia’ throughout all the subtle and not-so-subtle mood changes of the music, he allows the singer and listener to explore the raw emotional colors in a more intimate and personal way. By this I mean that the journey the listener takes is completely unique to the individual because he or she is not encumbered by the text. The lyrics don’t directly tell you what to feel but rather allow the word ‘alleluia’ to take on whatever emotional shade you have at that moment. So not only is the piece a little bit different every time you hear it, but it also is uniquely moving.

There is some precedent for using very few words repeated for emotional emphasis, for instance, many Latin settings of liturgical works or even the aforementioned Handel’s “Hallelujah Chorus.” There’s even an interesting comparison to be made to Karl Jenkins’s “Adiemus”. Here, while it sounds like words, Jenkins is actually using a nonsensical combination of specific vowels and consonants that he chose for vocal color. Though “Adiemus” was written much later, it does help illustrate the relationship between words and music that Thompson was playing with.

These are just a few reasons I wanted to include Randall Thompson’s “Alleluia” in our program. I think Thompson’s “Alleluia” can be summed up with the Victor Hugo quote: “Music expresses that which cannot be said and on which it is impossible to be silent.” It gives us a mournful but beautiful contrast to the many triumphant Alleluia’s available to choirs and reminds us that even in times of great turmoil and strife, great beauty and reason to rejoice still abound.